Seeing Kyoto: Fushimi Inari Shrine is the first place Natsuko took us. It was on our list of shrines to see, so this was perfect.

Fushimi Inari Shrine (伏見稲荷大社, Fushimi Inari Taisha) is an important Shinto shrine in southern Kyoto. It is famous for its thousands of vermilion torii gates, which straddle a network of trails behind its main buildings. The trails lead into the wooded forest of the sacred Mount Inari.

The Entrance to the Shrine 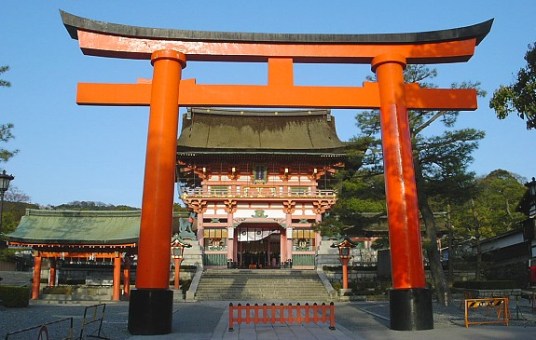 Fushimi Inari is the most important of several thousands of shrines dedicated to Inari, the Shinto god of rice. Foxes are thought to be Inari’s messengers, resulting in many fox statues across the shrine grounds. Fushimi Inari Shrine has ancient origins, predating the capital’s move to Kyoto in 794. 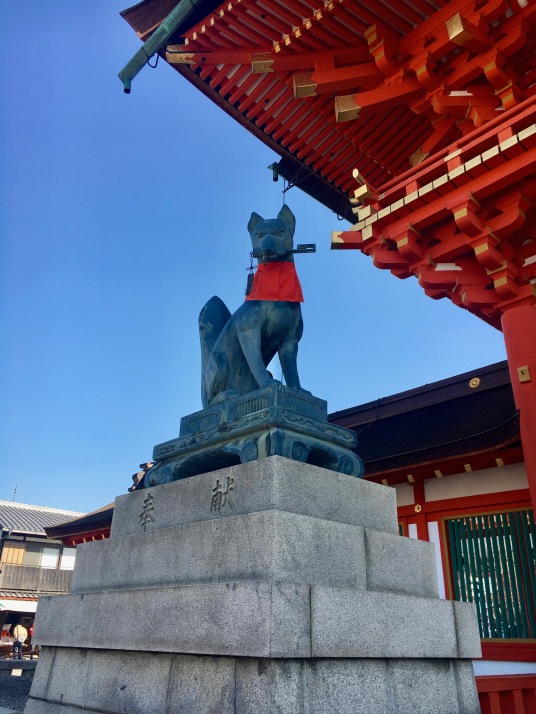 Walking through thousands of gates. 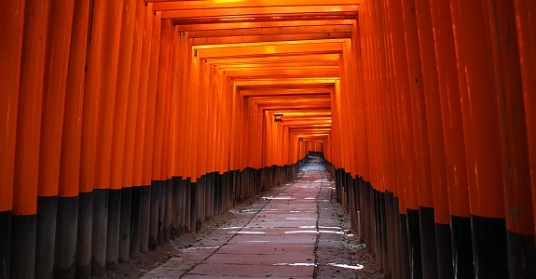 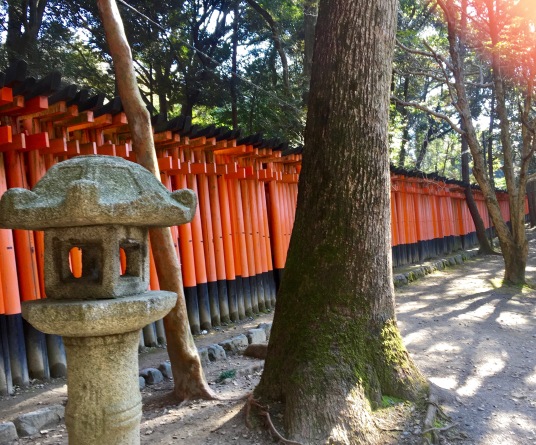 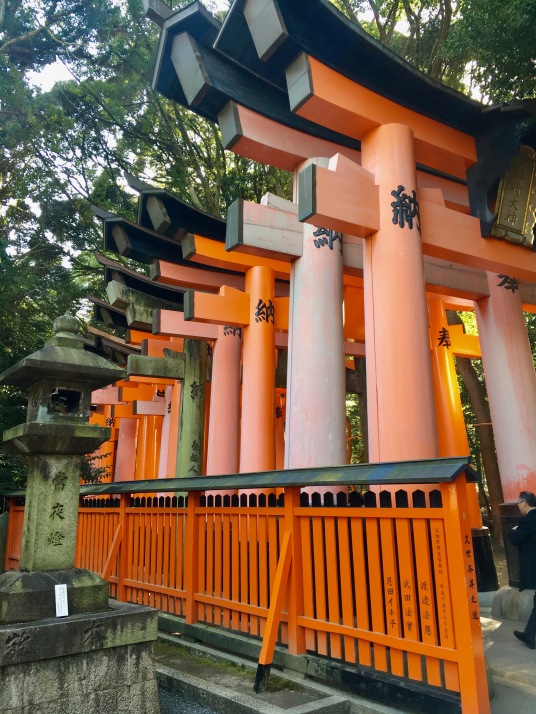 At the very back of the shrine’s main grounds is the entrance to the torii gate covered hiking trail, which starts with two dense, parallel rows of gates called Senbon Torii (“thousands of torii gates”). The torii gates along the entire trail are donations by individuals and companies, and you will find the donator’s name and the date of the donation inscribed on the back of each gate. The cost starts around 400,000 yen for a small sized gate and increases to over one million yen for a large gate. 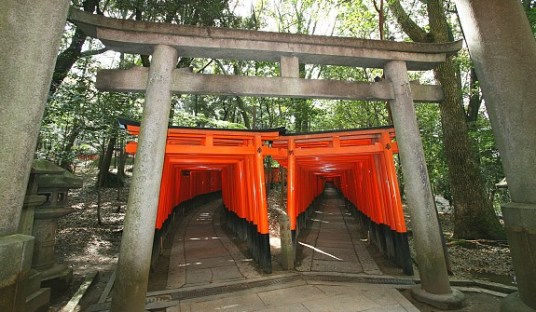 Map of the trails 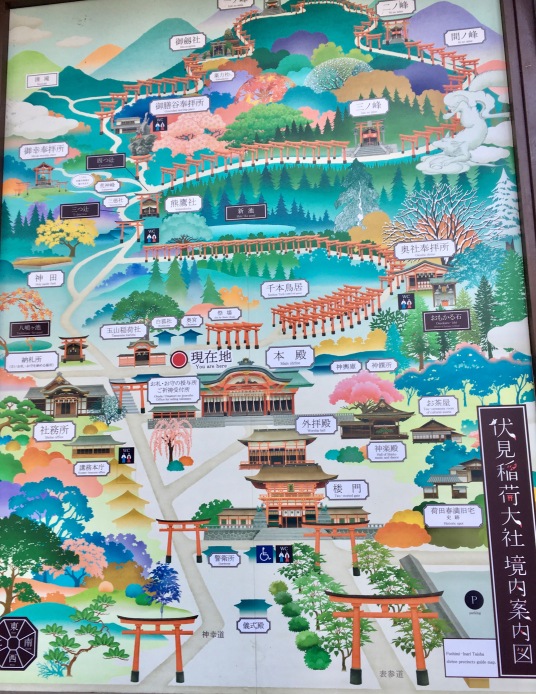 For more information on Japan and all that it has to offer, a great website is japan-guide.com